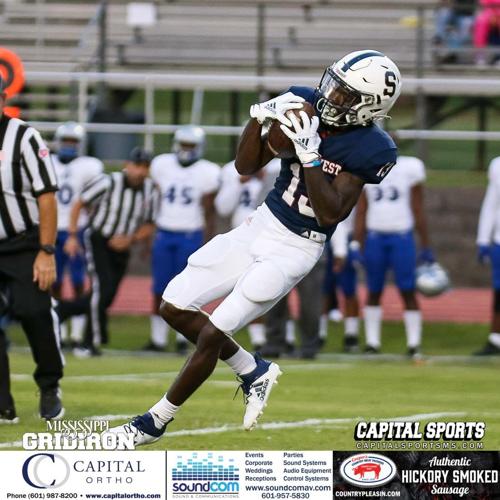 Here is our opening week Mississippi Gridiron MACCC Team of the Week presented by Capital Ortho.

WEEK 1 MACCC TEAM OF THE WEEK

Southwest wide receiver Jacoby Bellazer(5’11, 175) finished with a game-high nine receptions for a game-high 145 yards and a touchdown in a 41-35 win over Itawamba.

East Mississippi defensive lineman Trey Laing (6’3, 235) racked up a team-high seven tackles to go with 1.5 sacks and an interception in the Lions’ 32-7 win over East Central.

Northeast sophomore linebacker Carter Bonds (5’10, 220) had a game-high nine tackles to go with a sack, a tackle for loss and also a pass breakup in a 41-17 loss to Jones College.

Jones College defensive back Travor Randle (5’9, 190) picked up four tackles, recovered a pair of fumbles and forced a fumble in a 41-17 win over Northeast.